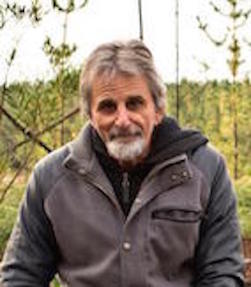 John Charalambous was born and educated in Melbourne. He grew up in a culturally mixed family - Greek-Cypriot on his father's side and Anglo-Australian on his mothers'. He graduated from Melbourne State College in 1978 with a fine arts degree, and began to write fiction while teaching in secondary schools, at the same time studying literature and creative writing at Melburne University. He was a teacher in rural victoria for many years.

John's first novel, Furies, was published by UQP in 2004, and was shortlisted for the Commonwealth Writer's Prize Best First Book. His second book, Silent Parts, published by UQP in 2006, explores an Australian family's private myth about a WW1 soldier who didn't come back from France. It was longlisted for the Miles Franklin award in 2007, and later adapted by screenplay writer Blake Ayshford into the telemovie An Accidental Soldier (2013).

In 2007 John moved to Bendigo, where he completed an arts degree, followed by a creative writing PhD at Deakin University focusing on French Philisopher Paul Ricoeur's notion of narrative identity. He recieved his doctorate in 2015.

John's most recent book, Two Greeks, was published by UQP in August 2011.

Jane Lyons is very excited about the upcoming 100% Wolf animated movie, which will be on screens in Australia in 2020. The movie has already been presold for China, South Korea, Germany, Russia, Poland, Belgium, the Middle East and Israel. There are also plans for a TV series.