Ritva Voutila was born in 1946 in Nokia, Finland and now lives in Australia in country Victoria. She spent her first twenty two years in Finland, and came to Australia for the first time in 1968. After two and a half years working in Sydney she returned to Europe, and spent the next ten years in the Canary Islands, Spain. She moved to Australia for the second time in 1981, and since then Australia has been her permanent home. Before becoming a full time artist/illustrator/graphic designer in 1983, she worked as a garden designer, computer programmer/analyst and computer sales representative.

Ritva first studied art at the University of Art and Design in Helsinki. In Sydney, she studied art at the Paddington Art School and at the Julian Ashton School of Fine Arts. Today Ritva is a successful fine artist. She has participated in a number of group exhibitions in Australia, and her first solo exhibition was held in Gallery Lane, Leura, in 2003. The exhibition was a sell-out, and the demand for her work has grown ever since. She is currently represented by Gallery on Sturt, Ballarat, and Watling Galleries, Gold Coast. Her work features in several private collections in Australia and overseas. 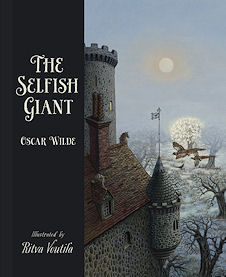 Her illustrations have also appeared regularly in magazines, book covers, and advertising posters and billboards. As a commercial illustrator her clients have included Darrell Lea, the Sydney Morning Herald, Women's Weekly, and other large corporations.

Ritva is also an accomplished school presenter/performer. She holds art workshops, and gives talks about art and what is involved in being a professional artist/illustrator. Since 1995 she has toured her school programmes throughout Australia to annual audiences of over 20,000 students. In 1999 and 2005 her show won a Frater Award for Excellence in School performances from the NSW State Department of Education and Training.