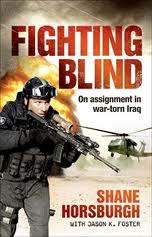 Former SWAT team leader and Commando trainer, Shane Horsburgh, with Jason K Foster, had his first book Fighting Blind, published with Allen & Unwin in 2012. Fighting Blind details Shane’s time in Baghdad working for the US department of Defense, training commandos for the post-Saddam Iraqi police force. Shane must endure intense physical and mental stress brought on by rogue insurgents, mortar attacks, roadside bombs and fifty-degree heat, doing his best to survive while staying focused on the job. However it his brief encounter with an elderly Iraqi man, known as the Professor, that will prove to change his life.

Through his years in a NSW SWAT team and counter-terrorism units, and working for the US Department of Defense, Shane Horsburgh knows a man's world like few others. During his deployment to Iraq, Shane gained a new perspective on men's lives and the pressures placed on today's men.

Using his extensive experience, and his business and risk management skills, Shane now delivers corporate and public programs around these and other conflict resolution issues. An accomplished public speaker, Shane now also gives school talks to teenage boys, addressing what it means to be a real man.

Jason K Foster is an author, poet, freelance journalist and high school teacher. He holds a Bachelor of Arts (Communications) and Graduate Diploma in Teaching from UWS as well as a Master of Arts (History) from Macquarie University and is currently undertaking his fourth degree in Spanish also at Macquarie University. 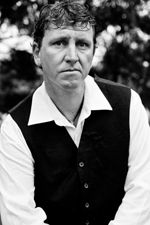 Shanghai Acrobat: An orphan boy's inspiring true story of courage and determination in revolutionary China by Jingjing Xue will be published by Black Inc in Melbourne, Australia in August 2020.

Jane Lyons is very excited about the upcoming 100% Wolf animated movie, which will be on screens in Australia in 2020. The movie has already been presold for China, South Korea, Germany, Russia, Poland, Belgium, the Middle East, Israel and South America (Spanish). There are also plans for a TV series. see here the spanish language trailer.