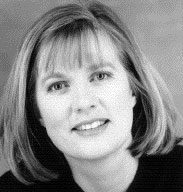 Heather wrote Grasping at Shadows: Balfour the mining town in the Tarkine for the Circular Head Historical Society.

Heather Nimmo’s engaging book is a chain of reminiscences as well as the story of the swift rise and fall of the gallant mining field called Balfour. Of the hundreds of books on the history of our mining fields, this is the only one I know which so neatly combines these two ingredients of history and memoir.
~ Professor Geoffrey Blainey

Heather was born in the UK and immigrated to Australia with her family as a child. She grew up and attended school and university in Adelaide and before settling in Perth, lived in several isolated places around Australia through her involvement in the mining industry. She is at present living with her husband in Adelaide.

Heather’s plays for both children and adults have been broadcast on radio and produced on stage in Perth and around the country. Peta Toppano starred in the State Theatre of WA production of One Small Step in 1992 and Theatre West undertook an Australian tour starring Colette Mann. Both productions were directed by Leith Taylor. One Small Step won the Special category of the WA Premier’s Book Awards in 1993 and the GIO-Perth Theatre Trust Script Award the same year. Whispering Demons was produced by the Perth Theatre Company in 1994 and won the Script category of the WA Premier’s Book Awards in 1996. In 1999 Vitalstatistix produced a successful season of this play in Adelaide. The Other Woman was co-commissioned by the STC and the PTC in 1997 and in May of that year was workshopped with great success at the Australian National Playwrights Conference. In 2002 the play was produced in Perth by Black Swan, directed by Sally Richardson. Heather has been commissioned to write for television and film and is involved in the development of several script ideas at present.