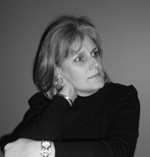 Gordon Reece was born in England in 1963. He studied English Literature at Oxford and worked as a teacher before requalifying as a lawyer. In 1999 he moved to Spain where he began to write and illustrate for children. He moved to Australia in 2005 and currently lives in Bendigo. Golvan Arts Management is working with Gordon, assisting him in managing rights in all his works that have been published up until and including his crossover, Young Adult/ Adult thriller, MICE. MICE was first published in Australia by Allen and Unwin in August 2010. It has since been published throughout the world including the USA, UK, Italy, the Netherlands, France, Spain, Russia, Portugal, Brazil, Poland, the Czech Republic and Taiwan.